How to set up a GitLab Runner

A GitLab Runner is the program that actually runs the code defined in the .gitlab-ci.yml-file. They are isolated and pick up available jobs through the coordinator API of GitLab CI . A Runner can be dedicated just for a certain project, or it can be shared between many projects. After the Runner finishes running all the actions defined in the YAML file it sends the results back to GitLab.

There are many ways to install the Runner either on Windows, MacOS or Linux in the following link (Installation). The easiest way is to use the Debian package manager to get it from the official GitLab repository. For example, to install on a ubuntu machine:

If you encounter difficulties, you might have to install the runner in another fashion, which is described here: https://docs.gitlab.com/runner/install/linux-manually.html#using-debrpm-package
Hint: a ‘x86_64’ architecture is the same as ‘amd64’!

To start the Runner just run the following command

In order to be usable, the Runner needs to be connected somehow to the code repository back in GitLab server. So, first you have to get a Token and a URL from the GitLab project. Navigate to Settings -> CI/CD -> Runners (Expand). There you will find “Set up a Runner manually” and the Token and the URL you have to use, like the picture below. 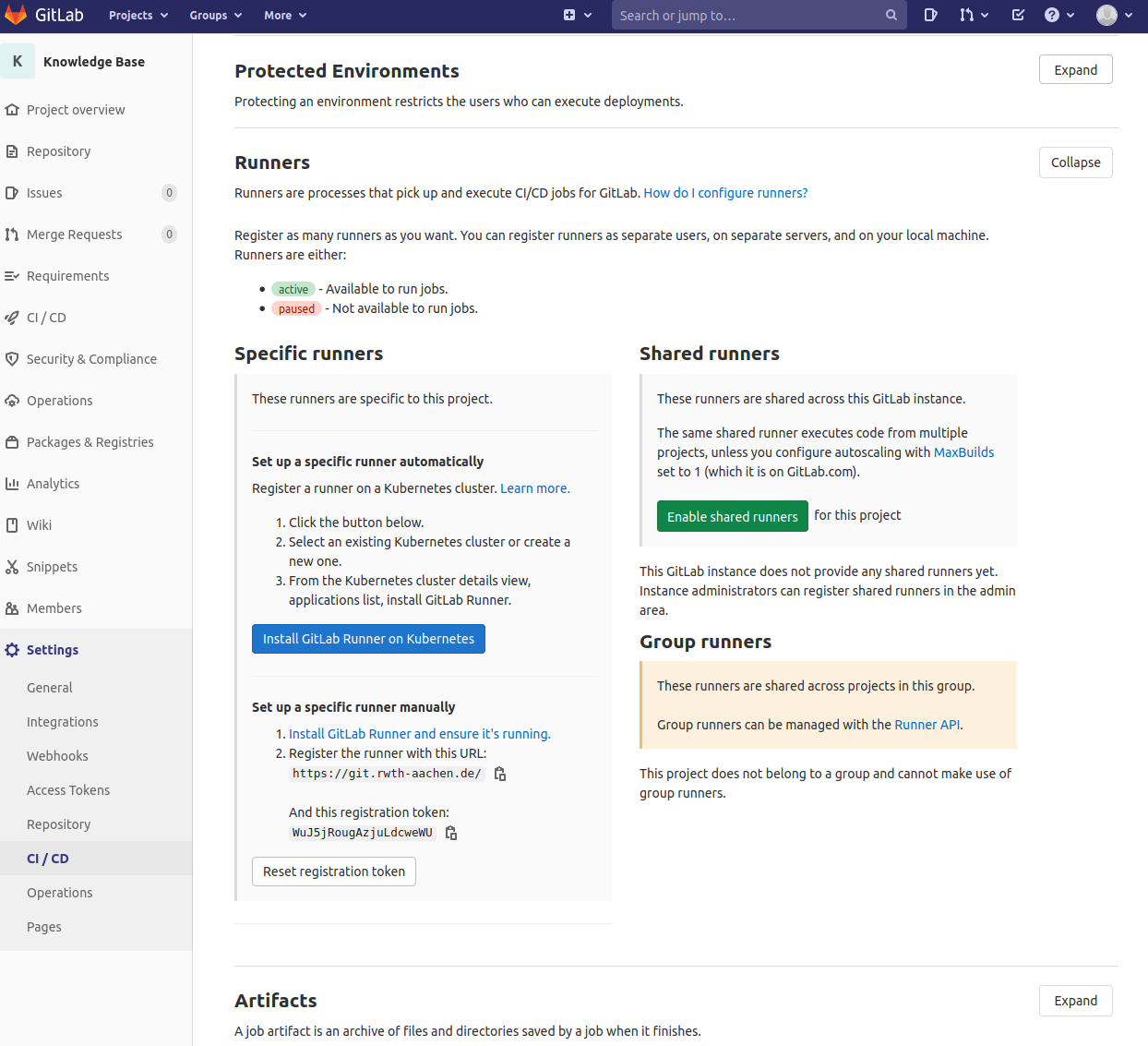 Then you will be asked to enter:

Tags in a Runner make sense if we have a diversity on the types of projects we use with the Runners. By tagging, we ensure that a Job is going to run on a Runner that is equipped with the right software. For example, if we associate a Runner with the tag “ruby” and we use the image “ruby” on that Runner we guarantee that after this, every Job tagged with the tag “ruby” will get picked by this Runner and will have Ruby preinstalled without the need to download, build and run it.

Tags guarantee in a way that the Runner will have all the necessary dependencies installed.

Runners can also be configured to pick up Jobs that have no tags specified.

This specifies the way the Runner is going to run the configuration of the YAML file. There are many options available but the most important ones are the following:

Make the Docker Runner pull the local image first, before trying to pull an image from DockerHub.